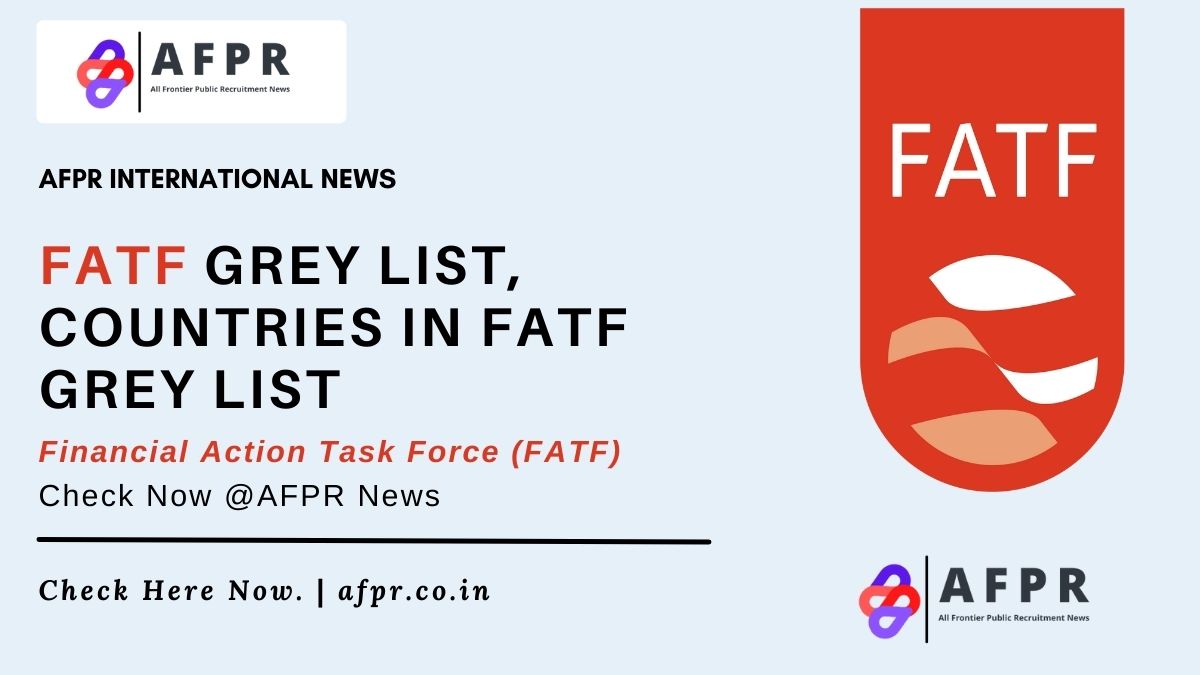 FATF Grey List – Since the start of the COVID-19 pandemic, the FATF has provided some flexibility to jurisdictions not facing immediate deadlines to report progress on a voluntary basis. The following countries had their progress reviewed by the FATF since October 2021: Albania, Barbados, Burkina Faso, Cambodia, Cayman Islands, Jamaica, Malta, Morocco, Myanmar, Nicaragua, Pakistan, Panama, Philippines, Senegal, South Sudan, Uganda, and Zimbabwe. For these countries, updated statements are provided below. Jordan, Mali, Haiti, and Turkey were given the opportunity and chose to defer reporting;

Thus, the statements issued in June and October 2021 for these jurisdictions are included below, but they may not necessarily reflect the most recent status of the jurisdiction’s AML/CFT regime.

The FATF GREY list is prepared by the Financial Action Task Force (FATF), an intergovernmental body formed to combat money laundering. It was established in July 1989 by the G7 Summit at the Arche de la Defense in France as part of the group’s efforts to curb drug trafficking.

The task force was convened from the G-7 member States, the European Commission, and eight other countries.

The Economic Declaration from that G-7 Summit states that the task force is convened “to assess the results of cooperation already undertaken in order to prevent the utilization of the banking system and financial institutions for the purpose of money laundering, and to consider additional preventive efforts in this field, including the adaptation of the legal and regulatory systems so as to enhance multilateral judicial assistance”.

The FATF is headquartered in Paris and has two official languages: English and French. It also has a French name: Groupe d’action financière (GAFI). It periodically lists out countries and jurisdictions that are identified as having strategic deficiencies in their regimes to counter money laundering. The list is referred to as the FATF grey list.

Top 10 Cryptocurrencies That Could Give a Big Breakout In 2022

The FATF grey list is the agency’s official list of countries and jurisdictions that are identified as having strategic deficiencies in their regimes to counter money laundering, terrorist financing, and proliferation financing. Unlike the blacklisted ones, the grey list countries actively work with the FATF to address strategic deficiencies in their regimes. “When the FATF places a jurisdiction under increased monitoring, it means the country has committed to resolving swiftly the identified strategic deficiencies within agreed timeframes and is subject to increased monitoring,” says the FATF.

These countries are mandated to periodically report on the progress made in addressing the identified strategic deficiencies, while the FATF closely monitors the progress of their agreed action plans expeditiously and within the proposed timeframes. “The FATF does not call for the application of enhanced due diligence to be applied to these jurisdictions but encourages its members to take into account the information presented below in their risk analysis.”

How to Earn Money through Best Online Freelancing Business

While the greylisting is not as severe as the blacklisting, where countries are subjected to hard-hitting economic sanctions, it creates a negative impact on the economy of the listed country. Their transactions on the international level are closely monitored and thoroughly scrutinized. Some countries may also stop economic relations with a greylisted country.

In February 2022, the United Arab Emirates (UAE) made a high-level political commitment to work with the FATF and MENAFATF to strengthen the effectiveness of its AML/CFT regime. Since the adoption of its MER in February 2020, the UAE has made significant progress across its MER’s recommended actions to improve its system, including by finalising a TF Risk Assessment, creating an AML/CFT coordination committee, establishing an effective system to implement targeted financial sanctions without delay, and significantly improving its ability to confiscate criminal proceeds and engage in international cooperation. Additionally, the UAE addressed or largely addressed more than half of the key recommended actions from the MER.

Russia Ukraine Conflict: What all follows & How it Began, Know Everything Here

The UAE will work to implement its FATF action plan by:

How To Earn a Profit Using Cryptocurrency in 2022