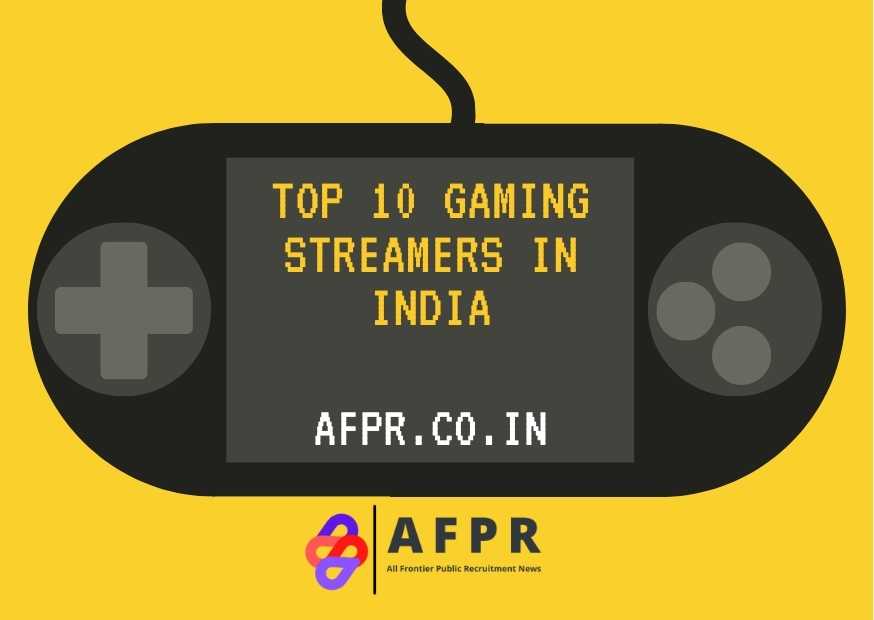 A person who broadcasts his or herself in real-time (referred to as streaming) while playing video games is known as a Gaming Streamer. Here we will find out the Best Gaming Streamers in India, We will consider online platforms like Youtube, Facebook Gaming & Loco for this list. This List is made not only by seeing the Subscriber Count but the Overall Popularity & Contribution of the Streamer in the Indian Gaming Community.

Total Gaming is an Indian YouTube channel whose owner is Ajay (people know him as Ajjubhai).

Naman “Mortal” Sandeep Mathur (born May 22, 1997) is a BGMI Mobile Indian player who is an Owner and a Player for Team SouL. He also Plays PC & Console Games very frequently, one of the most Humble people in the Indian Gaming Community

Hey Everyone! This is Ujjwal here! Welcome to the “Techno Gamerz” YouTube Channel! I created this channel for android games I upload daily videos about mobile-related games and gaming news so if you’re interested in playing games so this channel is helpful for you. Please SUBSCRIBE to Techno Gamerz, Thanks.

Jonathan Amaral, We know him as Jonathan Gaming. He started my professional Esports Career competing in Pubg Mobile Championships (Now BGMI), he is also considered as the Best BGMI Esports Player in India (Hacker or What) <3.

Ajey Nagar, popularly known as CarryMinati, is an Indian YouTuber and streamer from Faridabad, India.

Animesh “Thug” Agarwal (born March 5, 1996) is an Indian Caster and is a Content Creator for 8Bit Creatives. He is also the founder of Team 8Bit & Co-Founder of S8UL

RakaZone Gaming is one of the best veteran streamers in India, very famous for his funny dialogues and GTA RP heists, one of his famous dialogue is ‘Hello Saaaaaaaaaaaar’.

Being the best is never easy specially in the competitive world of video games, there’s always a high score to chase, a new weapon to unlock and an endless number games to master.

Raka Said in a Interview

Ankit ‘V3nom’ Panth is a professional gamer from Mumbai. He is a Red Bull Athlete and also the brand ambassador of Intel and Alienware.